Mt Rainier and the Hoh Rainforest

In August of 2016, I traveled with my friend Sue Elliott, who is on a quest to paint in all 50 states. We went to Washington state, with its diverse terrain and climate. We chose Mt Rainier, the Hoh rain forest and the Olympic Coast to give us a taste of the state.

Mount Rainier at 14,411 ft is the most topographically prominent mountain in the continental United States. In August, it was snow covered and majestic. Tourists were visiting from all over the world, but we still managed to find quiet places to paint the beauty of the mountain. The temperature at our motel in Packwood, WA reached into the 100s, but we escaped the heat by driving up the mountain where it dropped into the 80s.

Next, we traveled to the west coast, where the temperature was chilly, and a thick blanket of fog shrouded the sea shore. We found sea stacks to paint at Ruby Beach, and walked through the Hoh Rainforest, where trees were draped in moss.

Our last night was spent in Olympia, the state capitol. Since the legislature was on recess, the town was quiet. We enjoyed an evening on the Riverwalk, ate at a fine restaurant and watched the loading of timber onto a huge ocean going vessel. A fantastic trip, and my memories are stored in my paintings. 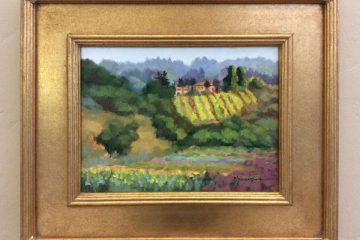 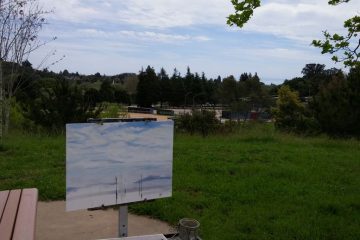 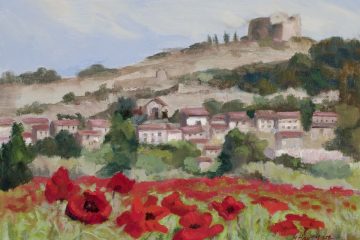 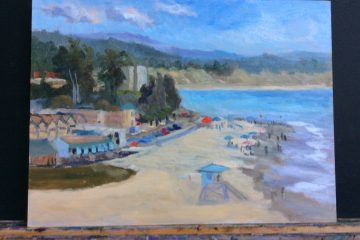 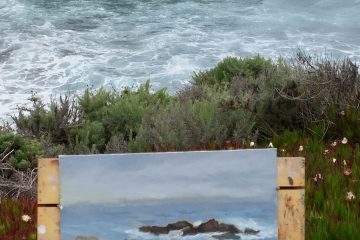 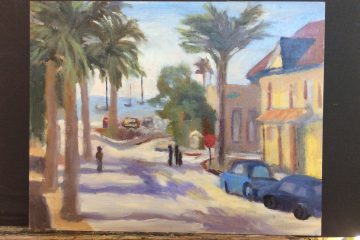 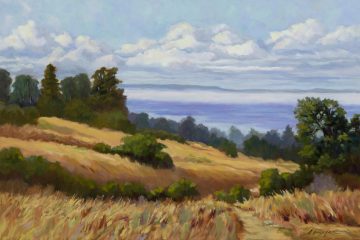 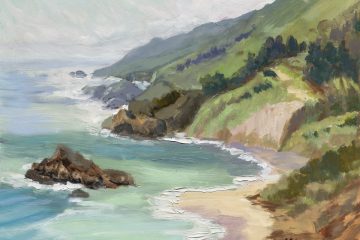