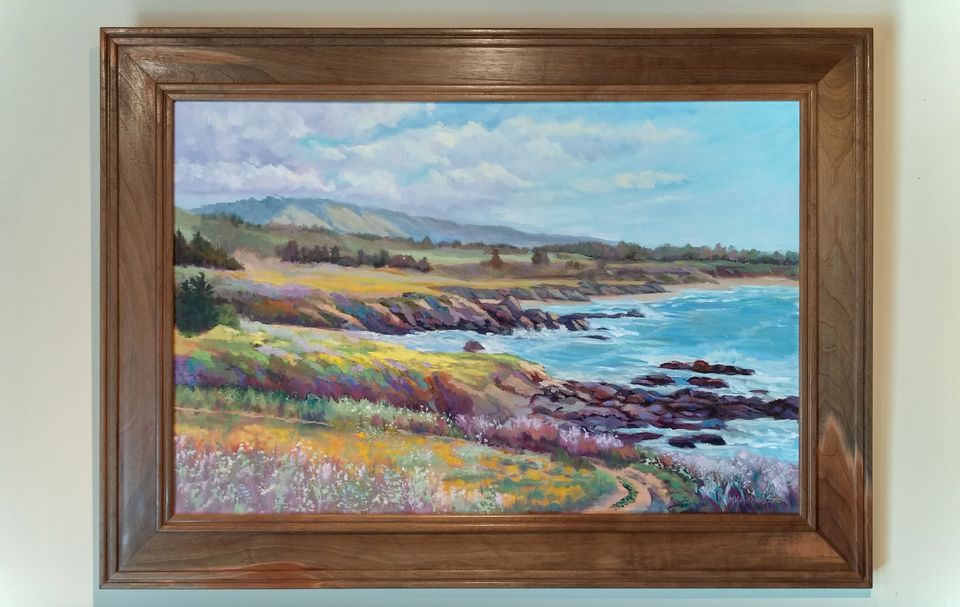 SOLD oil on canvas, 24×36 plus black walnut frame. Looking south from Pigeon Point during the spring mustard bloom, I was attracted to paint the colors of the fields. I completed a smaller painting on site (plein air.) Several weeks later, I began painting this larger painting in my Soquel studio. There I was able to focus on the elements I found most important in the image, including how the lavender undersides of the clouds complement the yellow mustard. Clouds after the rains often add important form to the sky. And while a small part of the canvas, the distant hills becoming more blue as they recede is also of great value.